The Changing Landscape of Cybercrime

In the last three decades, we have witnessed rapid growth of the Internet, mobile technology and the correspondingly rapid growth of online crimes, or cybercrimes. With this growth, there has been a spike in the rate of cyber- crimes committed over the Internet. This has resulted into some people condemning the Internet and partner technologies as responsible for creating new crimes and the root causes of these crimes. However, there is hardly any new crime resulting from these new technologies. What has changed, as a result of these new technologies, is the enabling environment. Technology is helping in the initiation and propagation of most known crimes. As we get rapid changes in technological advances, we are correspondingly witnessing waves of cybercrimes evolving.

The period before 1980 was an experimental period. Then, the Internet was new and required sophisticated and specialized knowledge that very few people back then had. There was very little valuable information and data stored in online databases as there is today, and there were no free online hacking tools available. If one wanted to hack, one had to develop the tools to do the job— a daunting task that required expertise. The easiest way to do it was to join hacking groups.

The second generation of cybercrimes probably started at the tail end of the first generation, around 1990, and lasted through 2000. This period was characterized by serious, often devastating, and widespread virus attacks on global computer networks. This period saw an unprecedented growth in computer networks around the globe. These interconnected and interdependent networks became a very good conduit for these virus attacks. As the world became a mesh of thousands of interdependent computer networks, more individuals, businesses, organizations, and nations became more dependent on them. Because of this high dependence, which continues, the mere mention of a virus attack, whether real or not, caused panic in company boardrooms, classrooms, and family living rooms.

By the year 2021, the cost of cybercrime damage throughout the world is expected to reach the heights of $6 trillion. However, when you learn that the threat of cybercrime grows each year due to consistent digital transformation, this figure will come as no surprise.

7 dot 2 IT Consulting provides services in – 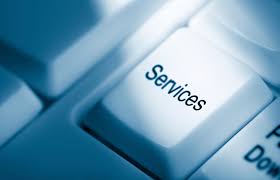 Looking for an IT Expert?

get a quote
Open chat
1
Powered by
Hi, How can i help you?